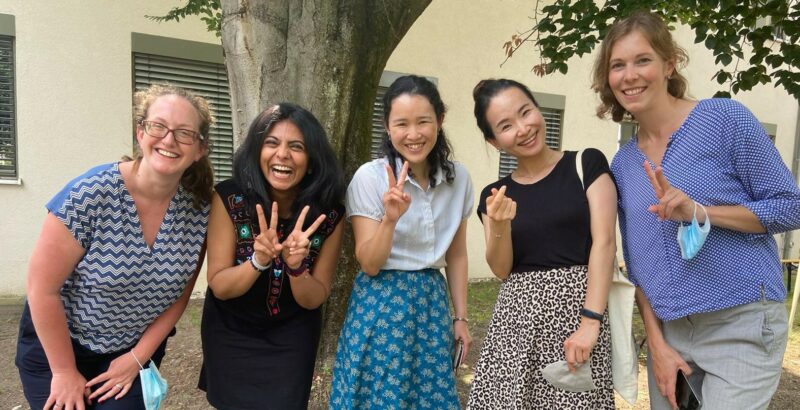 After virtual kick-off and methods workshops in March and April respectively of this year, all project members assembled in Berlin for the first in-person filming workshop from July 12–14. The three-day workshop was led by Dr. Megha Wadhwa (FU Berlin), who already in the past has used documentary films to make her research accessible to a wider public. Attendees included all project members, namely Dr. Aimi Muranaka (University of Duisburg-Essen), Dr. Helena Hof (Max Planck Institute for the Study of Ethnic and Religious Diversity / University of Zurich), Dr. Joohyun Park and Dr. Ruth Achenbach (both from Goethe University Frankfurt).

As part of our project, we will produce a 50-60 minute documentary. The film will focus on the meaning of qualifications and skills in the migration of foreign workers, as well as on the impact of migration on skill development of these migrants. It aims at providing the viewer with a better understanding of the lives of migrants, especially by zooming in on the discrepancy of expetations and realities in the foreign country. In addition to the final documentary, all team members will produce short clips to provide insights into the lives of migrants that will be available here.

During the workshop, Dr. Wadhwa instructed team members on technical issues such as camera use, sound requirements, and useful angles and types of shots for a documentary, but also on the ethics of filming, and dealing with unexpected events during the filmed interviews.

If you have any question about this project, please feel free to contact us